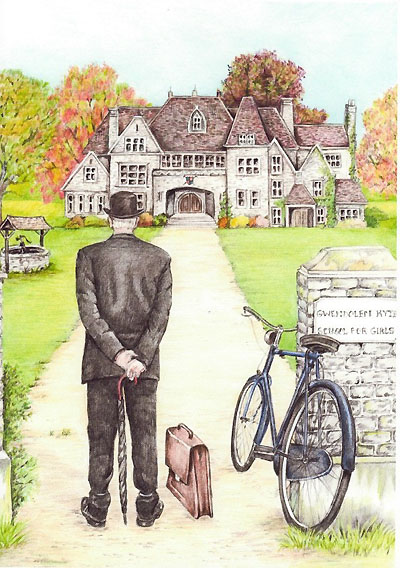 
It's September 1964. A new school year is about to begin at the Gwendolyne Kyte Academy for Girls, but as the staff gather for the usual lists, classroom changes and holiday news, things are not as they should be.

A strange man is wandering the grounds and the ceiling in the east wing has collapsed during the summer break, forcing some staff to share their bedrooms. The loss of that only bit of privacy they had previously enjoyed brings consternation. Furthermore, the kitchen delivery has not arrived, Betty Bowker has left under a cloud and Trixie has disappeared in mysterious circumstances.

All this brings a sense of impending doom to those who treasure the erstwhile unchanging nature of their environment. Life has remained constant for this group of misfits for many years, but this is the 60's and the world is increasingly unfamiliar. Can they rise to the challenge before the building collapses around them?

The staff are a collection of oddballs who are probably only there because they couldn't get a work anywhere else, but each is delightfully drawn with the assured comic touch of the author.

Staged by Hook Players in 2012


Directed by:
Stage Managed by:

Hook Players is a member of